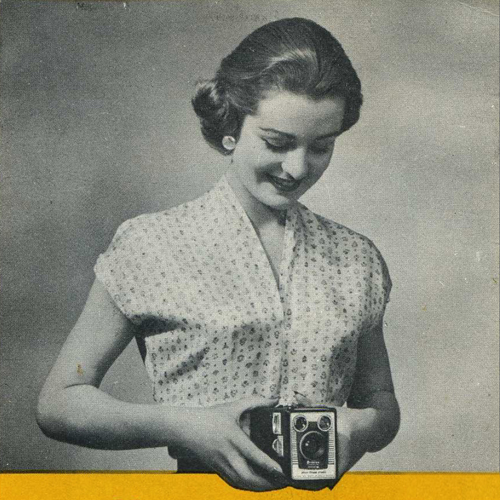 It may not look like much but this workhorse is solid. Forget about light leaks from bellows pinholes or adjusting the lense; box cameras are built to be simple and to last.

This 1953 Brownie Model D was found in a falling-in abandoned house. The camera was most likely purchased in England during the house occupant’s stint in the Military just after WWII according to letters found nearby. 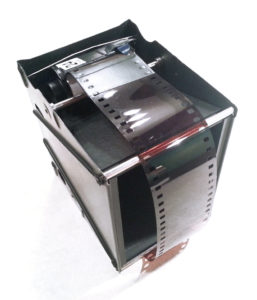 Like other 620 or 616 film format cameras, I’ve found there is just enough room to just drop a 35mm canister in to center the film, then tape the film to the 620 winding reel and you’re good to go.

To keep from wasting film, bridge the gap from the film canister, by using a donor piece of film pre-taped to the 620 winding spool. Then you can just tape that directly to the nub of film sticking out of the canister.

This camera is still the most reliable in my arsenal. 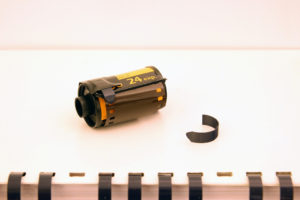 Always tape a “clicker” onto your film roll. The simplest method is to use a doner spiral bind piece. When you align it correctly, it should click in every sprocket as you wind the film to let you know how far to advance.

Also make sure to cover over your red viewing window on the back of your camera. A couple of pieces of electrical tape should be fine.