Written by
skatchkins
Posted in
Cameras
Comments
Leave a comment 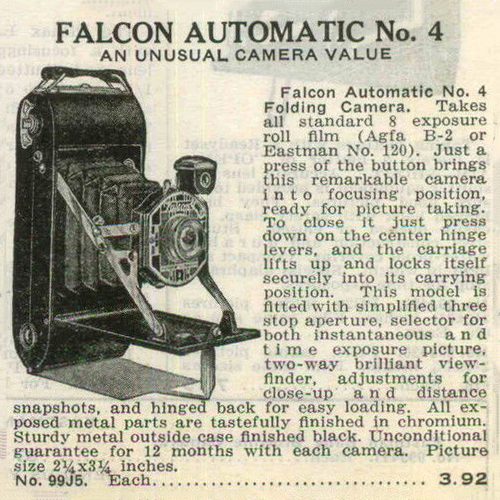 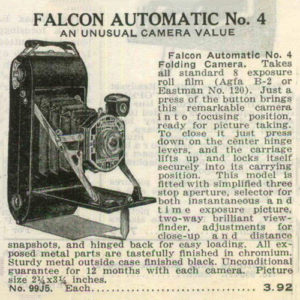 There is something about an old camera that shouts display me and the art-deco faced camera era of 1928-1937 left behind some glass shelvable beauts. 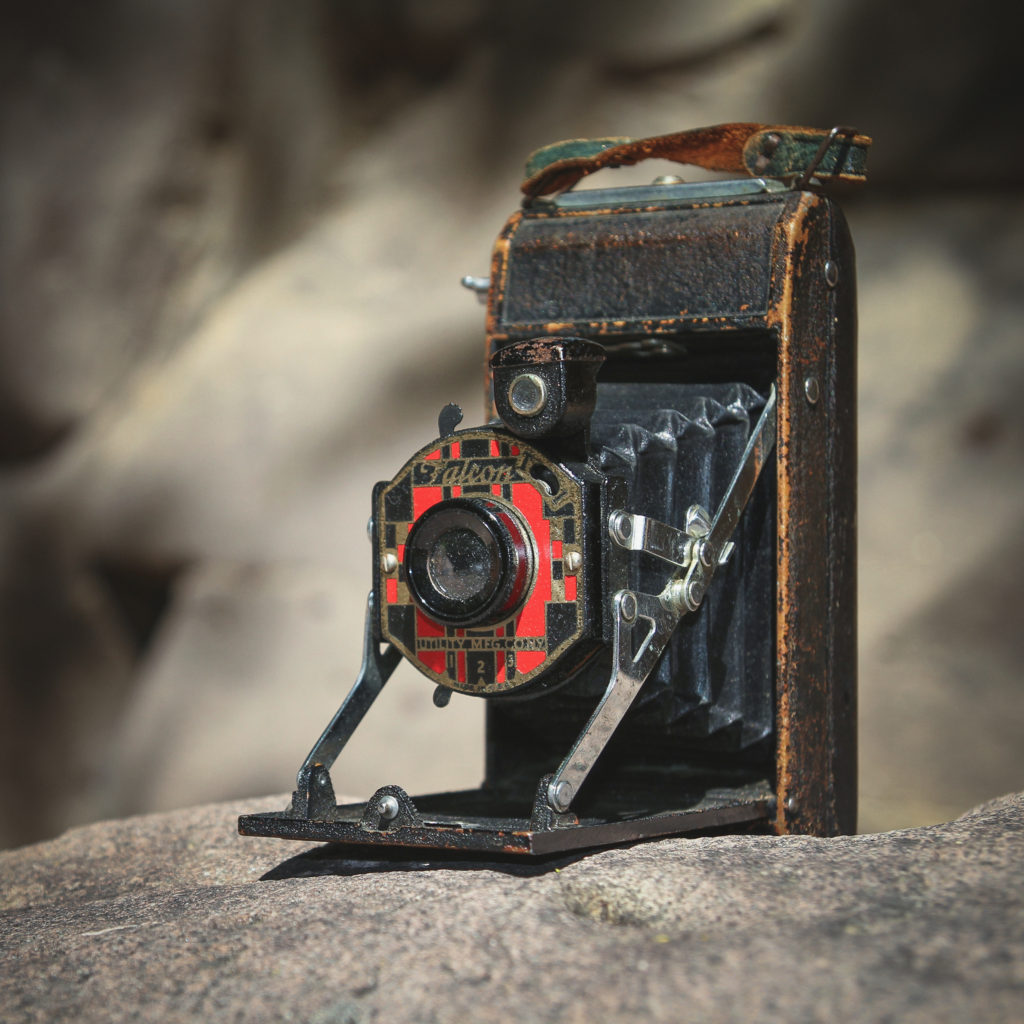 On one of my obsessive ebay seekouts, I stumbled across Utility Manufacturing Company’s Falcon folding camera. I had already tried an old bellows camera and successfully repaired pinholes and had great results with shooting it, so I figured I’d try a Falcon out. I won an auction for around $20 but then never heard from the seller, and then never heard from the seller… I gave up and low and behold, there was one more on Ebay even though they seemed kind of rare (because people held onto them or because they sucked?). I won the auction around the same price and the seller let me know it was on its way. While I was contacting ebay about the other no show auction, of course the first seller emailed a tracking number. So, 2 ended up coming my way. The first prize came with paper thin and torn, unusable bellows, but the 2nd prize, while having a replaced bellows, was missing the stabilizer stand and the Instant/Timed knob. Put together, I ended up with a great condition camera with all the parts.

I did find the shutter sticking a little during testing, but after some jimmying with the shutter spring behind the beautiful red and black face, it clicked smoothly along.

It was time to test it the best way I know how, pack it with some Ferrania and take it on a road trip. The first time out was a road trip from Phoenix to Seattle and back.

It appears as though the fixed focus glass, while not extremely sharp, still works well at distance. It also appears to not quite be light tight, but unbridled character is what we’re shooting for anyway right?.

I add a piece of masking tape to camera backs, with notes mostly pertaining to amount of clicks, f stops, film type, and on the back of the Falcon “Aim Higher.” It always shoots low for whatever reason.

It frees me a little to tilt these cameras while shooting. It provides something different still from my digital work plus, it masks how hard it is to shoot completely level with the small viewing glass especially since you are shooting even smaller than that with the thin 35mm film.

So the Falcon Automatic definitely has some soft areas and light leaks, possibly from the case itself, but is not a bad addition to the trip bag or the living room shelf. 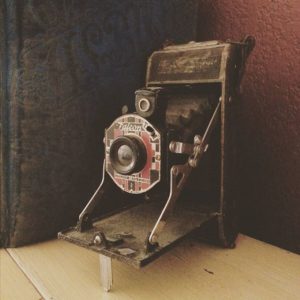