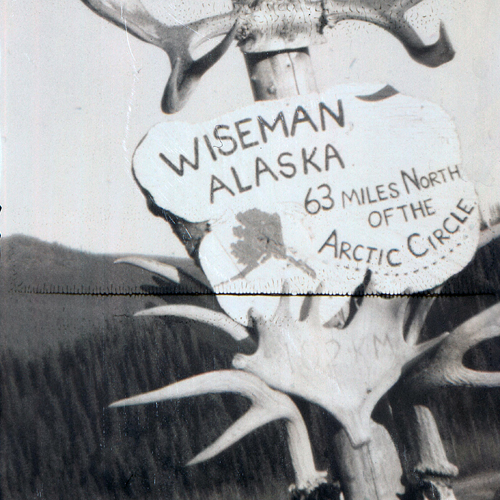 This was my second Pola-experiment. The first roll (Polagraph) was so much fun to autoprocess and see the results.

While using the Autoprocessor, some internal gear decided to break while cranking on the chemical strip.

Not having a better idea and not wanting to ruin the whole roll, I took the setup into the dark bathroom, popped it open and hand rolled the chemical strip onto the film. I waited 2min then spun the film back into the canister off the gunky chem strip. It was for sure some messy, stinky and anxious bathroom fun. All considering, I was pleased with what I was able to see and keep. And I was pleasantly happy with the character the process added to the film. So many burns, smudges, brains and scratches.

After this near disaster, I pitched the Autoprocessor and then found another one for $5 at the thrift store down the street. I wonder if the seller had any clue what it even was.

I started this roll in epic Alaska on the Dalton Highway and ended the roll at the local tree nursery.