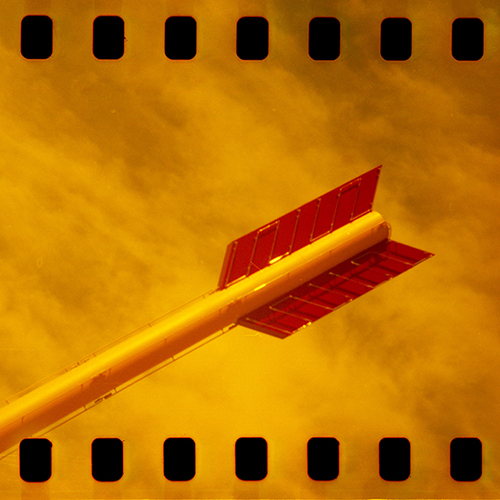 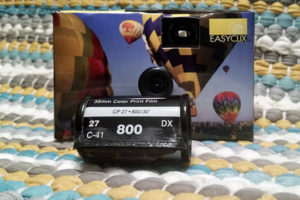 I really should limit my poking around on Ebay. In my quest for cheap old film I came across a set of expired disposable cameras for cheaper than the film would cost. I figured it was possible to re-roll whatever was in there so I bought them. Once delivered and I cracked one open, I was happy to see it was just a normal 35mm canister in there, already ready for the reusing in one of my cameras. The speed was high enough at 800 so I figured it’d be a good candidate for flipping for redscale. Let’s see how the roll turned out.

Wispy clouds are looking great. Sign was in the shadow.

Some good grains on this early morning shot.

And shadows really darken up without too much detail loss.

Some end-of-roll light leak lent some great coloring to this scene.

I love how forgiving redscale can be while shooting directly at the sun.

One photo shot away from the sunset.

I enjoyed how this experiment turned out. Maybe I should look for more ebay disposable camera lots.